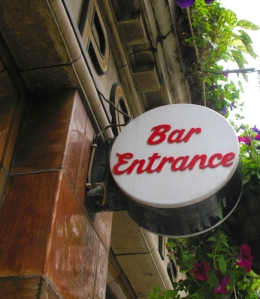 The date has been leaping around like a frog on an Aga, but it’s been finally confirmed by Antic Ltd that the Red Lion, Leytonstone will reopen on the 8th of June after its extensive refit. For beer-loving ‘stoners, it will be a much-needed ying to the North Star’s yang. It’s one of three new boozers opening in the capital this summer; Also in June Cask of Pimlico’s new venture, The Craft Beer Co will open in what used to be the Clock House on Clerkenwell’s Leather Lane.  In late August, Brewdog are opening a London bridgehead up in Camden –  which is exactly where you’d expect to find a Brewdog pub. I celebrated last night with a Brewdog/Tesco Finest Double American IPA. Syrupy, super bitter and vibrating with hops, it was like drink driving through Kent* in a flail tank. I’ve never heard of Brewdog admitting to it, but i’m certain it’s rebadged Hardcore IPA – which  a mate once described as “Special Brew with hops”.

Designer, photographer and Vespa-fixated pub bore. Born in Yorkshire, living in that London these past 20 years. Get in touch at teninchwheels@gmail.com, especially if you'd like to send me some free beer.
View all posts by teninchwheels →
This entry was posted in Beer, Leytonstone, London, pubs. Bookmark the permalink.