You certainly need cojones grande to open up a pub in today’s economic climate, so props to Antic Ltd for taking a punt on our corner of London. Leytonstone has long suffered from a lack of decent ale pubs. There’s the excellent North Star, the wildly variable Walnut Tree ‘Spoons … and er, that’s your lot. So, anticipation of the resurrection of E11’s iconic and neglected Red Lion has been huge. After several false starts the doors were finally opened last wednesday evening. So, what’s it like? 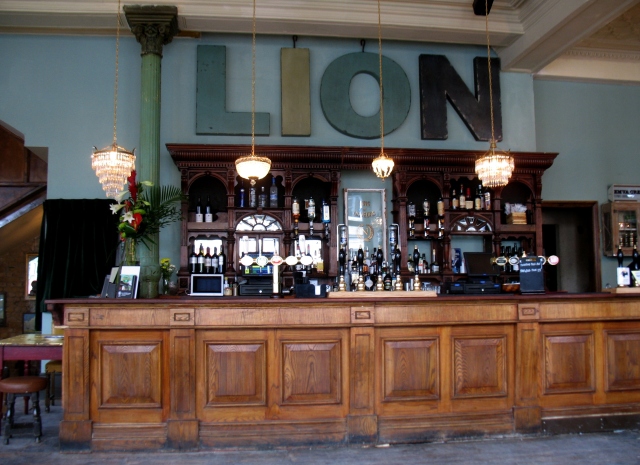 He’s a big lad, is our Lion. Soaring ceilings held up by original iron pillars and big windows to watch the good people of  ‘stone. The interior designers seem to have taken what Time Out called the area’s  ‘shabby chic’ as styling cues – and they’ve been down the reclam yard for chandeliers and shelves of 50s crockery. It has something of a ‘pop up’ event feel, with your mates bringing round their spare chairs. Walls are stripped back to the bricks and there are bare, distressed floorboards. It reminds me strongly of  back-in-the-day TIW favourite Canteloupe.  Apologetic signs admit that the place is a work in progress – the toilets need finishing and still to come is a kitchen, garden (with beehive, allegedly) and a ‘ballroom’.

On pump there was Purity Mad Goose, Redemption Urban dusk, Truman Summer Runner and Doom Bore. Meantime Helles and Brewdog IPA from keg. In the fridge there was Duvel, Stiegl, Vedett and – hello stranger – Delerium Tremens.

Even after 25 years of hanging about in pubs, I still cringe a bit when I have to return a beer. The Goose pulled into a dimpled mug was opaque and flat. So was the next one. The friendly barmaid apologised and replaced it with a Truman. Much better, lots of fruit, a pinch of hops and a clinging, thin head helped by the sparkler serve. If i’m honest, it was on the cold side of cool – and there was a chill haze. £3.10 a pint has no complaints from me – I’ve paid more up in the Dales – though a Duvel will cost you £3.90 a bottle. 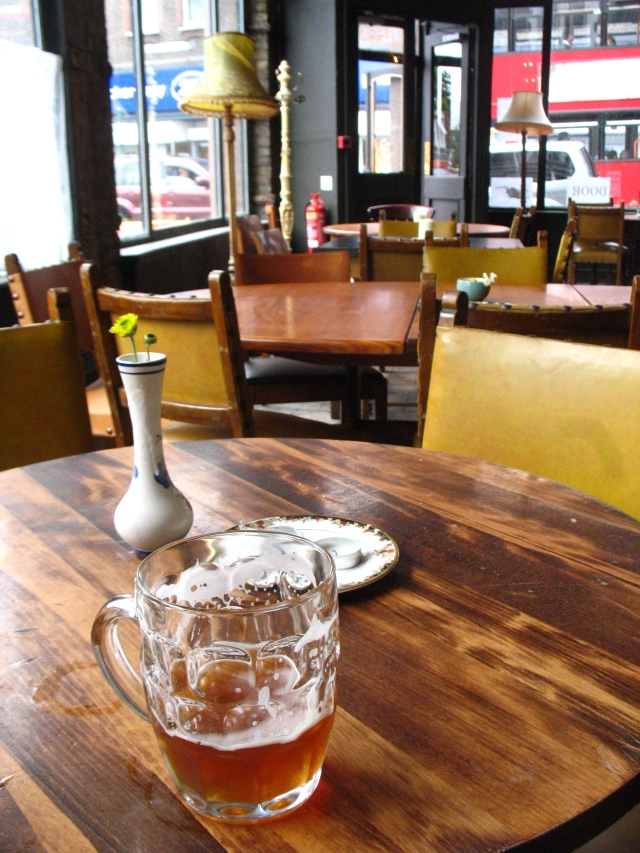 Our visit was a short one – and early doors on a saturday lunchtime is never the best time to judge a pub, but on first impressions it’s definitely looking good for the Red Lion.  More good news is that Antic are moving into brewing, having reportedly bought Meantime’s old kit. Nice to have a new place run by people with imagination and ambition. It’s all very good for our ‘hood.