Posted on September 10, 2013 by teninchwheels

In elegant Wanstead a three bedroom house can cost you 50k more than a similar property in Leytonstone, just the other side of the Green Man roundabout. It’s got a village green and a proper high street full of proper shops and lots of trees donated by The Wanstead Society. It’s got a Toytown police station and a restaurant that got a favourable visit from Gordon Ramsay. People – and they aren’t all estate agents – often call it the Hampstead of the East End. 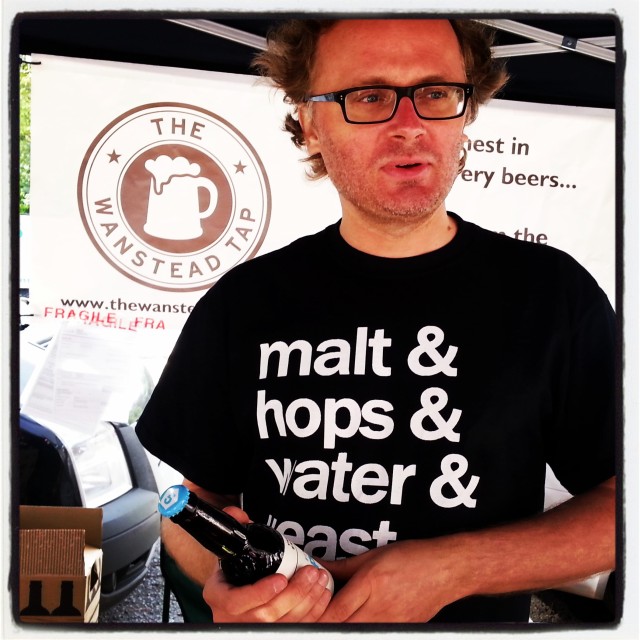 Obviously, it has a farmer’s market – a pretty good one. Alongside the endangered species pies, the artisan pumpernickel and truckles of Stinking Bishop is the Wanstead Tap. Stallholder Dan is a former TV producer who jacked it all in to sell ale. He has an impressive choice of London craft beers, along with any others that have caught his eye. He’d just returned from Dorset, where he said he’d fallen in love with some of Art Brew‘s stuff. Bottles are £2.75 a go, which is pretty reasonable considering the range. The Tap is just about to get a more permanent home on the first floor of The Corner House on Wanstead High street. There’s a craft-shaped gap in London’s retail trade wide enough to sail HMS Illustrious through, and this should go a long way to plugging it. 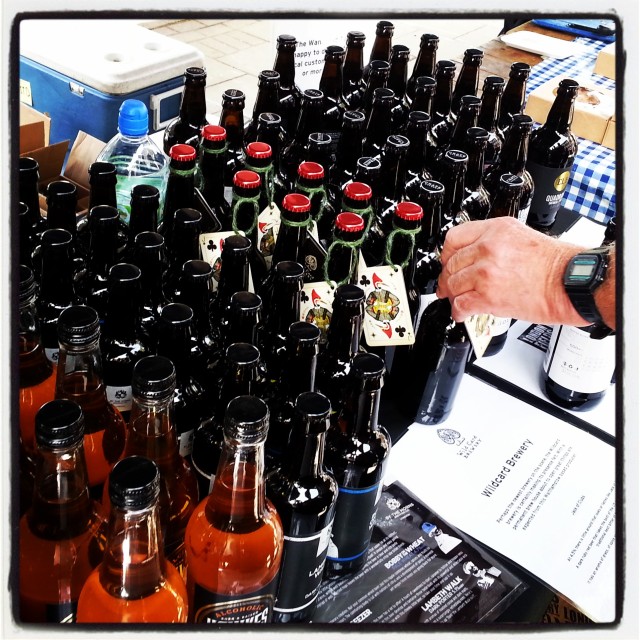 One of the beers I got from Dan was Howling Hops Smoked Porter. I often find bottled versions somewhat one-dimensional when compared to their draught siblings. Not with this, though; the seductive, lingering, astringent smokiness that we’d enjoyed back in april came flooding in. Absolutely stunning, and one of those ‘moments’ that you always hope to have with any new bottle. Smoked Porter is still my beer of the year. There’s still a long way to go in 2013, but it’s going to have to be a helluva brew to top this one. 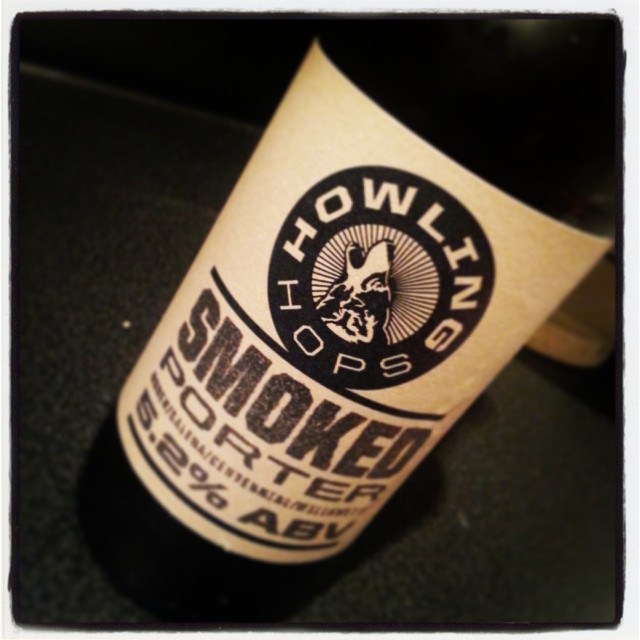